Ghostery's Trackermap™ provides a 360 view of your digital technologies, allowing customers to take back control to speed up, clean up, and lock down their site. This feature is useful for publishers with sluggish websites because it reveals tags' impact on load times. It's also useful to ad-tech businesses seeking sales leads because it reveals relationships between publishers and other vendors. 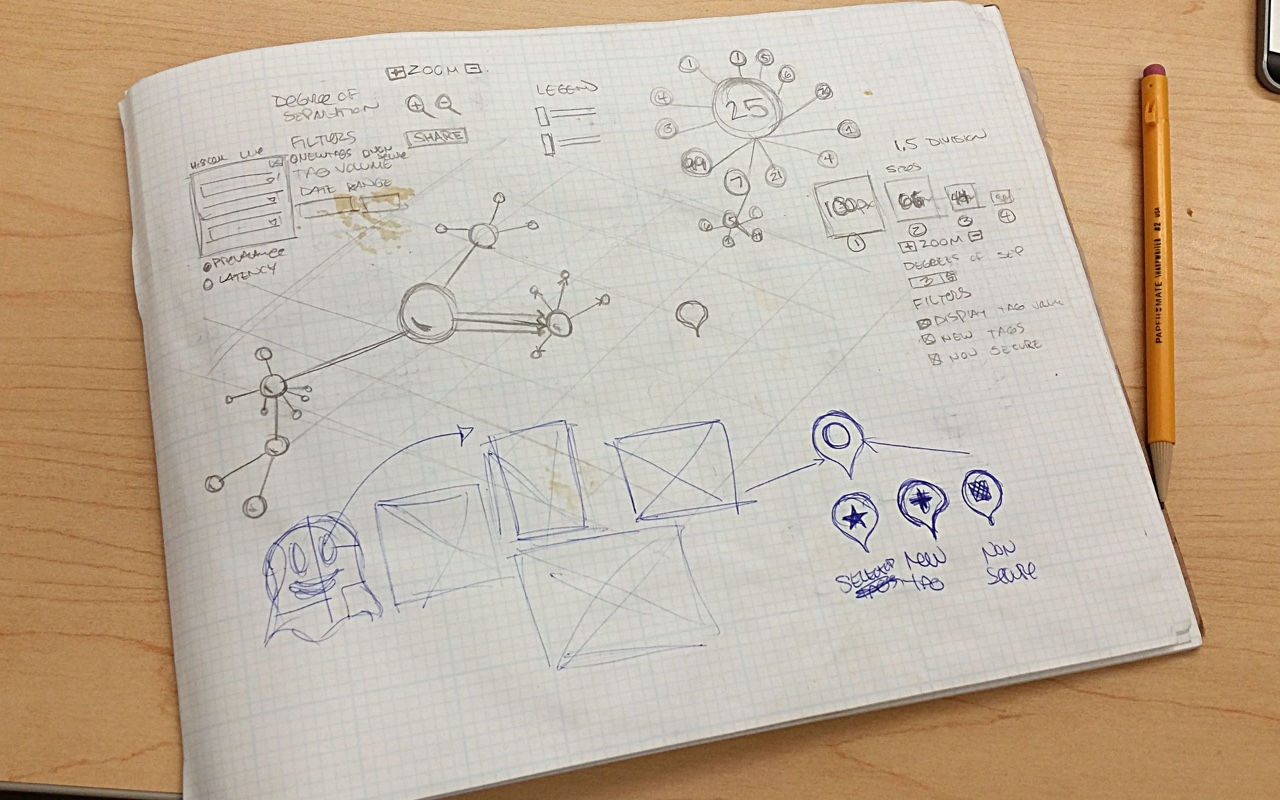 First, I sketched ideas that led to us learning what each tracker type meant. I invisioned the trackermap as a 'universe' with the selected company at its center. The trackers associated would revolve around the company as planets do our sun.

I brought clarity to the page by limiting the amount of nodes visible at first. This led to questioning how many nodes could fit comfortably around a parent node. This started the styleguide for the Trackermap™.

This led to a detailed styleguide and pattern guide. The size of fonts and spacing became more critical than ever. Also, the differentiate of lines became a tool in combating the clutter. This lead to an intuitive interface that solved a difficult task. The styleguide inspired greater details such as; Page Latency, New and Non Secure Tags, Whitelist / Blacklist, (to name a few) which was accessed by a simple filter option.